How I learnt Go Interfaces

It is a general phenomenon among humans (I mean our brain) to not notice things which are similar. You might understand this article better if you start looking at things a different way.

I come from a Java background. I’ve used them only for competitive programing when I was in my university, so I had no idea what interfaces were, although Java supported them. I always confused them with classes and it kept me up at night. I just couldn’t understand what the heck they were!

I’ll try my best to explain what interfaces in Go are, assuming you’re five years old.

Let’s take an example of two things that float on water like oil and ice. 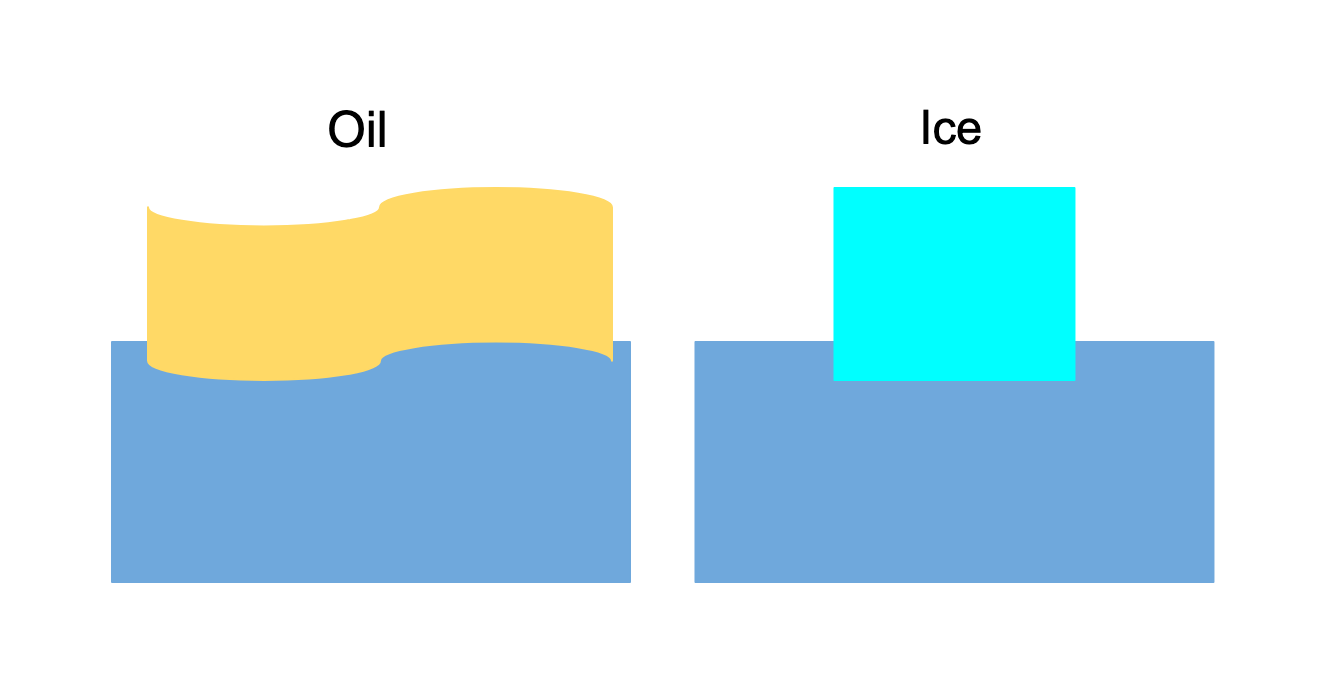 Why do they float on water? You would probably say the following.

This means both of them satisfy the same condition. So let’s say floatable is the requirement or the condition for a material in order to float on water.

Now let’s understand this in terms of Go where we simulate the oil and ice example.

Cambridge Dictionary defines interface as “to communicate between two things and affect each other.”

FloatableEntity defines an interface and then we have our condition floatable that is to be satisfied.

But unless both of them have a floatable signature, they don’t implement FloatableEntity

Well, this is not a topic of conversation for me with a five year old but I hope you understood what interfaces are. Let’s see how they’re used in writing web apps.

When a client at work says “We need an application which can take user’s sign up data and then store it in a database”, he doesn’t specify what database he needs for e.g. Mongo or Postgres. All he needs, is his user information stored somewhere.

Let’s say you’re dealing with two kinds of databases. You have some user information which you obtain from your HTTP handler, and then you try to store it in both MongoDB and PostgreSQL. Typically if one didn’t know about interfaces, they would do the following.

We have the User struct as follows:

and then our total program would look like this when we add our HTTP handler:

For the sake of this article, I didn’t intend to initialize a singleton for DB connections since our main focus is on interfaces. I’m using go-pg and mongo-go-driver and mux as my dependencies.

Enter interfaces into our app

If we take a look at our application, we know the following regarding the same:

Our DB interface looks like this with an Insert method which inserts a user into the database:

And now we declare our PostgreSQL and Mongo database objects:

Now this is how our handler would look:

If we want to make it more simpler, we could have an array of DB interfaces and add a pinch of concurrency by just adding go to InsertIntoDB since dealing with PostgreSQL and MongoDB are independent operations.

If you closely observe, we removed direct interaction between the HTTP handler and the database connections i.e decoupling the API layer and the data layer. 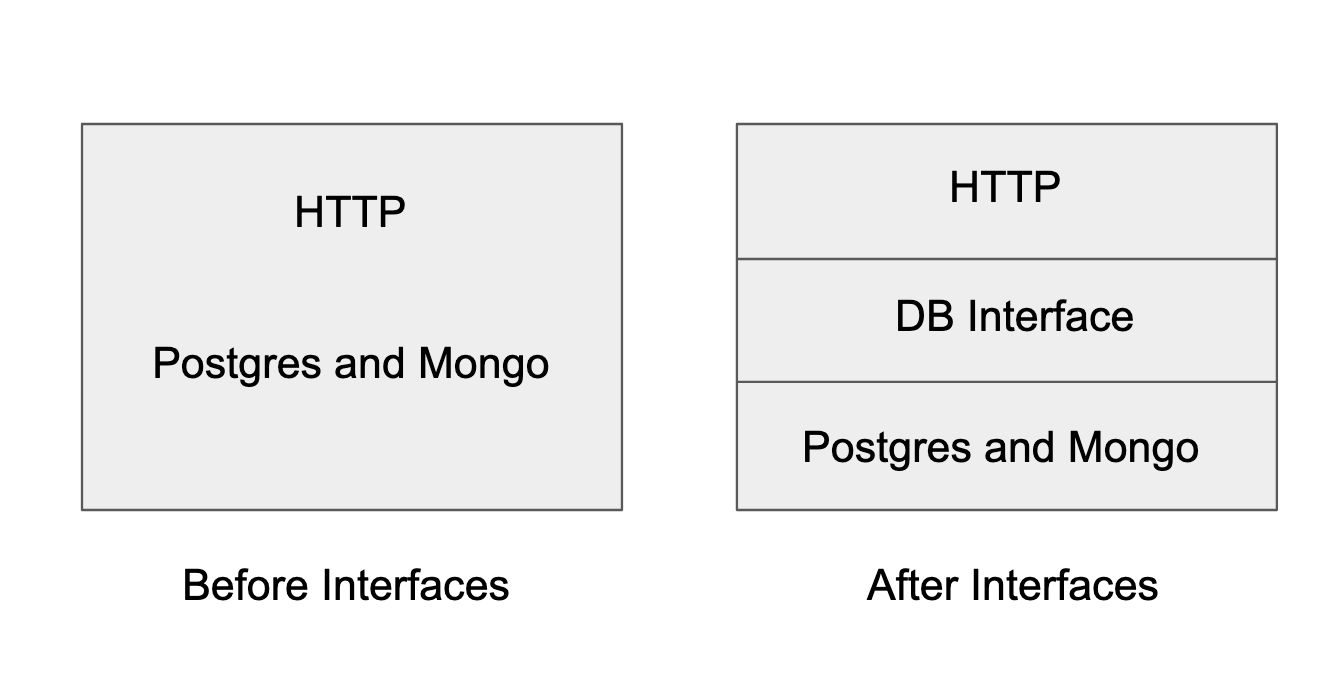 When to use interfaces

Checkout this list of all Go interfaces to know more about interfaces in the Go standard library.

I hopefully transferred enough knowledge to you wonderful people about interfaces in Go. Let me know more about what I missed, and I will make sure to update this post so that you understand better. Afterall, all of us get to learn!

Just an Intro Go has been around for more than 10 years now. Recently more than a dozen tools and frameworks have come out making us create CLI apps easily than ever. Out of those countless tools,...

This is a quick article on how schema migrations are run beforing deploying your Go application(or any another app) on Heroku. I’ve myself faced some problems due to lack of proper documentation wi...

Introduction We know that Goroutines are independently executing user space threads. Imagine an office workspace where ten employees are working towards a customer satisfying goal. These ten empl...